The Popularity of Bicycles

The population in the United States is constantly expanding increasing alternate forms of travel including the bicycle. Freeways and roads are filling up with more vehicles as a result, traffic is a daily experience. Unfortunately, the population is not the only thing on the rise. Fuel prices have only been getting higher since 2008. Many Americans are now turning to an alternate way of transportation, bicycling.

The popularity of bicycling is increasing by the day. Riding a bicycle leaves almost NO carbon footprint. It reduces road wear, which decreases the need for paving new roads. Most importantly, cycling has a positive impact of the mind and body. Full-time cyclist commuters can on average expect to lose 13 pounds their first year while also decreasing their stress levels. Despite bicycling’s many positives, there is a rising concern for their safety on our roadways. It's important to know all the facts before peddling away.

The idea of riding a bicycle rather than a car sounds appealing to many who are sick of sitting in traffic jams and overpaying for fuel. However, there are inherited risks associated with cycling. According to the NHTSA (National Highway Traffic Safety Administration) in 2012, 726 deaths were caused by bicyclists. That number has increased 6.2 percent since 2011. That is on average 1-2 deaths a day per year. The nation's injuries from bicycling average 49,000 per year. On average that costs the National Safety Council $4 billion a year.

Safety procedures need to be made and drivers more aware of those who have chosen to go biking route. Despite popular belief simply just wearing a helmet on a bicycle will not always prevent injury or death. Cyclists are sharing the road with much larger vehicles, many of which weighing hundreds of pounds more than them, traveling at a much faster rate.

Injured in a Bicycle Accident?

Injury and death rates increase on a bike while riding in high traffic areas. It’s no surprise that 72 percent of all fatalities occur in urban areas. For those who are looking to cycle, it is important to know the surrounding area and safety procedures before bicycling. Don't pay the unfortunate price. If safety is taken seriously when behind the handle bars, it will benefit not only to the health of the rider, but drivers as well. It's important to know all the facts before peddling away. 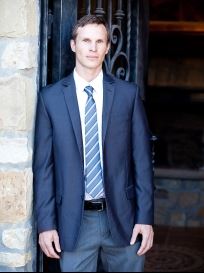 Peter Lowe is the founder of Lowe Law Group. He is a highly experienced personal injury lawyer who assists bicycle accident victims on their pursuit of just compensation.